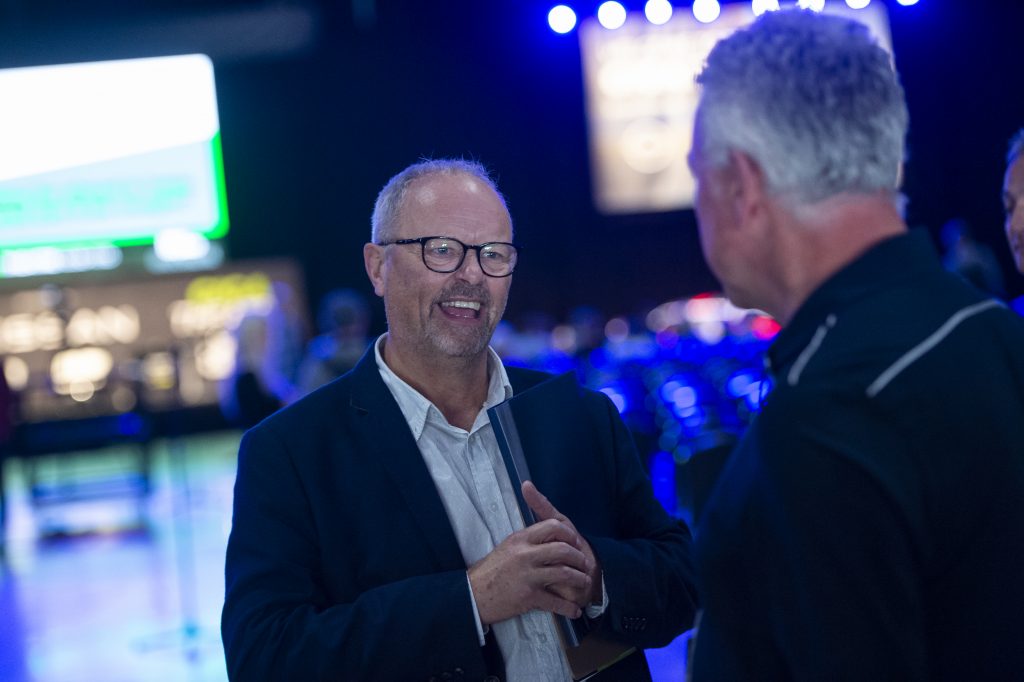 On the first weekend of September, I travelled to Farnborough International Exhibition and Conference Centre, a train ride away from London, to attend an event titled Fully Charged OUTSIDE. It was — as the name suggests — a live outdoor (and thus COVID-safe) event hosted by the YouTube show Fully Charged.

As with the YouTube channel, the 3-day event was dedicated to electric vehicles (EVs) and clean energy. The Tesla Owners UK Group provided a shuttle service from Farnborough Station, and the gentleman who drove me to the venue enthused about his 7-seater (he has a big family) and told me about a recent family holiday to Malaga (“no problem with all the superchargers along the route”). I only attended one day, but the scale of the event was amazing. There were — of course — electric cars, some available for test driving around a circuit; there were also converted battery-driven classic cars, electric motorcycles, electric vans, electric buses and even an electric tractor. There were booths after booths displaying EV chargers.

The event was not just about EVs though — there were electric bicycles booths and a test-ride track. There were solar panels and zero-carbon home heating products. There was an exercise bike that could charge your phone. I even stumbled across the booth of Dundee City, where I live (Dundee’s EV charging hub was featured in one of the episodes on the show a few years back). Two theatres staged panel talks all day, making it hard to choose which ones to attend. With more than 150 exhibitors and over 50 panel sessions in addition to more than 300 EVs on display, the event attracted more than 16,000 people attending over the three days. I came back inspired, with a few ideas to implement at home.

Fully Charged is a brainchild of Robert Llewellyn, actor and writer best known for his role in the hit Sci-Fi comedy series Red Dwarf and the presenter of the TV show Scrapheap Challenge. The pilot episode of Fully Charged was uploaded in June 2010, in which he declared that he was going to tackle the disinformation and find out the truth about electric cars. Back then the electric car industry was still in its infancy, and no battery EVs were available to buy in the UK. Things have changed a lot since then; according to EV-volumes.com, 2.65 million EVs were delivered in the first half of 2021 globally, with China and Europe leading the way. The Fully Charged show has also grown with the market, and the YouTube channel now boasts over 830,000 subscribers from around the world. I am delighted that I have got an opportunity to ask Robert a few questions.

—     What inspired you to start the Fully Charged show?

Robert:   I was working on the US version of Scrapheap Challenge — Junkyard Wars — when I first got to try an electric car, and it inspired me to launch a YouTube channel that explored whether we could live without burning stuff.

It took a full five years to reach 30,000 subscribers, but now growth is pretty rapid and our next target is 1 million subscribers. We average more than 2 million views a month from all over the world, especially North America, UK, Europe and Australia.

11 years and more than 600 episodes later and I can’t believe just how successful Fully Charged has been. It really hits home when I see the size of the crowds at our Fully Charged audience around the world.

—  How did the idea of Fully Charged LIVE shows come about?

Robert:   The LIVE shows were borne of necessity really. YouTube does not pay the bills, and despite some very generous benefactors, via the Patreon platform, there was really no way for us to keep defying the odds to do what we were doing.

I’ll be honest, I had my doubts about whether a LIVE event could work, but my business partner talked me into it, and it’s been a huge hit in the UK and the US. We have plans to take it to Europe and Australia in the very near future too.

—  Can you tell me about your own EV journey — am I right in thinking that there were no battery EVs available to buy on the UK market in 2010?

Robert:   I had a hybrid car initially, Toyota Prius, which I really liked, but I saw the potential for pure electric cars relatively early. Certainly before there was any charging infrastructure in the UK. In fact, I had a Mitsubishi i-MiEV for a while — one of the first all-electric cars released to the UK market — and the only charger was at Mitsubishi itself and was often locked and inaccessible. Obviously, the cars and the infrastructure have come a very long way since then, and we now have 2 electric cars (a Tesla Model 3 and a Hyundai Kona) that can comfortably exceed 270 miles (435 km) on a charge. 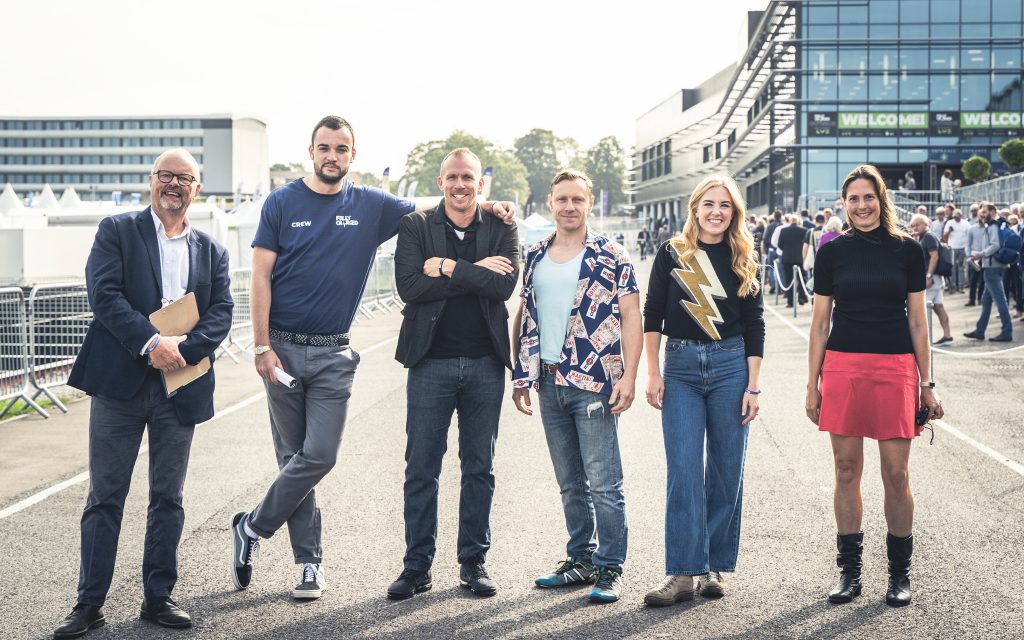 Perhaps the biggest change the UK has seen since the start of Fully Charged is the government’s announcement in November 2020 to ban the sale of new internal combustion engine (ICE) cars from 2030, bringing forward the previous deadline (announced in February 2020) by five years. Decarbonisation of transport is a key element of the UK’s 2050 net-zero commitment, and hybrid cars will also be banned from 2035. This means that the car industry has less than 10 years to wean itself off ICEs, and a radical shift is required. Already, not a day passes without adverts for new all-electric models popping up on TV and social media, and the Fully Charged team of presenters has been bringing out a constant stream of new episodes to keep pace with the buoyant EV market. But out on the road, electric cars are still a tiny minority.

—  What is Fully Charged doing to reach beyond the already converted and persuade the sceptics?

Robert:   Much of our audience is made up of those early pioneers that bought early EVs, and then the early adopters that followed thereafter. It’s a balancing act but we try to produce content that they will enjoy, and that brings new, curious viewers in.

We don’t want to dumb down what we do, or to patronise our audience, so generally our style is similar to the way it’s always been, but as we grow we have been able to develop beginners content too, like ‘Maddie Goes Electric.’

—  How well do you think the car industry is doing in the zero-carbon transition?

Robert:   Honestly, the carmakers have had a hard time – with supply chain issues caused by the microchip shortage, Suez Canal blockage, coronavirus – and conceivably it could get worse, compounded by an accelerating switch to pure electric vehicles. This will be keenly felt by those that are lagging behind. The leader, Tesla, seems to be getting stronger and stronger, and other proactive companies like the Korean carmakers and Chinese start-ups look like they will make significant gains, but some of the bigger beasts, especially those that have yet to offer credible battery-only vehicles, could still experience a ‘Kodak’ moment.

—  How do EVs fit into the whole decarbonisation agenda, and just transition in particular? What is Fully Charged doing to reflect these considerations?

Robert:   One of the most frustrating things for us is that new technologies are eye-wateringly expensive. That said it takes the often more affluent early-adopters to start things off, and then the mainstream can benefit from falling costs. We are trying hard to cover some of the cheaper, more accessible options, so that as many people as possible can participate in lowering emissions, and just to generally spread the word as far as we can.

—  In the recent ‘Home Energy’ series of episodes, you featured a wide range of clean tech options to decarbonise homes. Are you planning more episodes on home energy and other non-EV topics? Has it been the plan from the start for Fully Charged to be more than just an EV channel?

Robert:   Yes and yes; the slogan behind Fully Charged is #StopBurningStuff, so it’s always been the plan to cover anything that comes under that catch-all. While momentum is with EVs and clean energy in general, homes are a tougher challenge.

—  You mentioned in a recent podcast that Fully Charged would be involved in COP26 – can you tell us a bit about it?

Robert:   We’re doing a few things actually, none of them too grand, but we couldn’t let the moment pass without saying a few words on the post-combustion technologies that need to be rolled out, and those that need to be phased out.

You can watch the special pre-COP26 Première episode and read the #StopBurningStuff manifesto on the Fully Charged website. The site also gives access to featured episodes from the YouTube channel as well as showcases and in-depth interviews via its sister channel Fully Charged Plus and the Fully Charged Podcasts. Its ‘Insights’ blog is also worth a read. 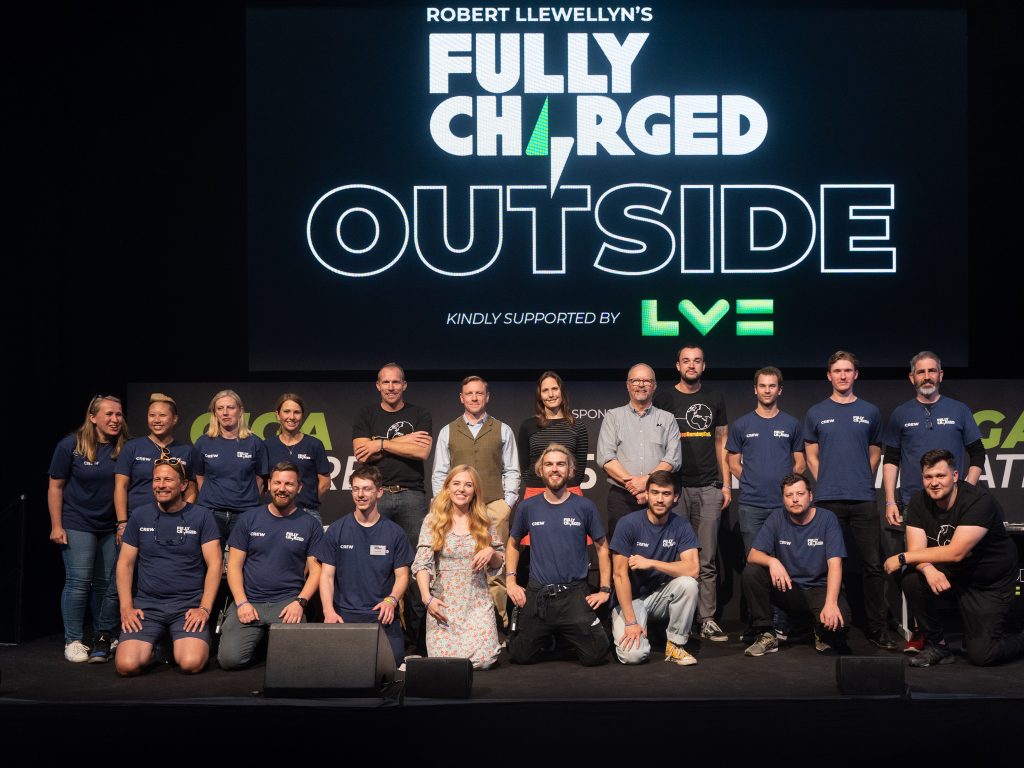