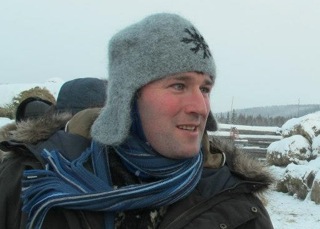 Polar bears, caribous, narwhals and more… We may be familiar with these animals, but their home, the North Pole, seems to be very distant. We interviewed Mr. Tom Barry in Iceland about Arctic biodiversity. He is the Executive Secretary for the Conservation of Arctic Flora and Fauna (CAFF), a working group of the Arctic Council.

What is the biodiversity of the Arctic region?

Currently the Arctic region is under three spatial levels of stressors: (1) global and circumpolar stressors like climate change and long-range transport of contaminants by air and sea, (2) regional stressors like overexploitation and invasive alien species, and (3) more ‘localized’ stressors like oil development and ship accidents in the Arctic. The challenges facing Arctic biodiversity are interconnected, requiring comprehensive solutions and international cooperation. 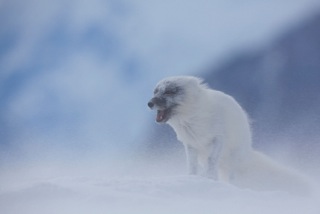 Do you have any cooperation with businesses?

A key theme of the Arctic Biodiversity Assessment is mainstreaming, which includes cooperation with industry. We are now looking at developing biodiversity principles which would help contribute towards the incorporation of biodiversity objectives and provisions into all Arctic Council work and encourage the same for on-going and future international standards, agreements, plans, operations and/or other tools specific to development in the Arctic. This should include, but not be restricted to, oil and gas development, shipping, fishing, tourism and mining.

What do you do to raise awareness of the Arctic biodiversity?

CAFF has a strong communications role. We publish frequently (www.caff.is/publications), use social media (www.facebook.com/CAFFS and @CAFFSecretariat) as a communication tool, create videos with major releases (CAFFBiodiversity on YouTube), present often at relevant conferences and meeting, and we have also recently developed unique education tool kits and webinar series for key audiences.

Besides education, we have the Actions for Biodiversity 2013-2021, which is the implementation plan for the Arctic Biodiversity Assessment’s 17 recommendations. It is a living document that will be reviewed and updated every two years. During the revision in 2017, the implementation plan is scheduled to incorporate the action plan of Sustainable Development Goals (SDGs) adopted in 2015. 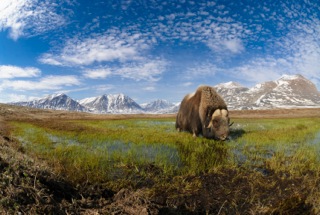 Lastly, please tell me about the collaboration with surrounding countries, other international organizations and institutions.

We hope to further increase the collaboration with stakeholders. It is important to collaborate with observer countries of the Arctic Council, such as Japan, which contributes to scientific works on issues such as migratory birds. We are holding a workshop in the Netherlands, another Arctic Council country observer state, in April 2016, focusing on Arctic migratory birds and exploring how Arctic and non-Arctic states such as Japan can best work together for the better conservation of Arctic migratory bird species which travel during the year from the Arctic to areas in the southern hemisphere and back.

Collaboration with international conventions, such as the Convention of Biological Diversity (CBD), is important. At the Conference of the Parties in Nagoya in 2010, Arctic biodiversity was recognized as an emerging issue after the Arctic Biodiversity Assessment was published.

We also have the Circumpolar Biodiversity Monitoring Program (CBMP). We work on data management and reporting with different parties, including scientists, governments and ingenious organizations, to monitor the Arctic’s living resources.

CAFF conducts a broad range of monitoring and assessment activities as we work to bridge the science-policy worlds and ensure that decision makers have the information they require and in a timely fashion as they work toward conservation and sustainable development in the Arctic.

Photos: the Conservation of Arctic Flora and Fauna (CAFF)